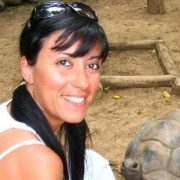 Discover an Italian historical site of unprecedented beauty, not far from Rome: you don’t have to miss it: Villa d’Este

Sometimes studying a place on books is not a good way to fall in love with it.

I have discovered it studying many locations and historical sites that surrounds the area where I was born. Villa d’Este has confirmed it again: you have to discover a place with the eyes of the soul, not with the words of a book to understand its hidden beauty and to be able to describe it to others.

Probably this also makes the difference between a blog based on experiences and one that is the result of simple Google searches: you feel it!

“… wherever you turn, the watch gushes in so many ways and with such a splendid design, that there is no place on all the earth that in this genre it is not far below  …” (Letter from Uberto Foglietta to Flavio Orsino, 1569)

This sentence opens the official website of Villa d’Este and perhaps there are no better words to describe the wonder that the gardens of this historical villa, in a panoramic position on the Roman plain, and among the UNESCO Heritage, they manage to unleash.

Villa d’Este is a small paradise that every time triggers new emotions.

I was born 550 meters away (according to Google) right from the Renaissance Villa. I have visited it at night, among soft lights and string music. I visited it again by day, under the bright sun which made water jets and the waterfalls shine.

It is only by virtue of these numerous steps that I have to implore those on holiday in Rome to give up the city for a day, face the path (not really fast) to get to Tivoli and throw themselves among frescoes, fountains and green avenues.

Guides speak a lot about Villa d’Este. I am certainly not presenting you an unknown and new place, but it amazes me that, in proportion to the enormous amount of people that arrives to Rome, so few go to Tivoli to admire it.

The fault must be of today’s trips that are too short and schizophrenic and don’t allow us to fully enjoy a place.

In any case Villa d’Este still has its amount of visitors … just enough to do a little queue at the box office, row that allows everybody to realize where the entrance is.

In fact, the almost modest entrance of the Villa seems to want to hide its beauty.

In the square, where there is a contemporary art statue and where you can find a souvenir shop, seems to attract the entrance of the church much more, flanked to that of the villa and surmounted by a tall bell tower.

The door of Villa d’Este seems shy in a corner, marked by a colourful mosaic sign.

The apartments of Villa d’Este, Tivoli

The entrance to the cloister is luminous and leads to the rooms of Villa d’Este.

The rooms follow one after the other, they are empty … you could say, but the paintings illuminated by the windows that overlook the garden and the Roman panorama unleash cameras and mobiles.

The Villa was the result of Cardinal Ippolito II d’Este fantasies. He delegated the work to illustrious painters and architects of the sixteenth century.

Over the years there were many interventions … and here also Bernini’s work arrived.

Fortunately, the degradation that struck the villa over the centuries, depriving it of numerous works of art, has been stopped, and today Villa d’Este is available for anyone who wants to admire it.

The Garden of Villa d’Este, Tivoli

Despite the beauty of the building it’s in the Villa d’Este garden that you are struck by the wonder of this place immersed in the nature of the Roman province: a terraced garden where all kinds of fountains follow one after the other in lighted squares or along lush green avenues.

The technical wonder of these fountains is that the copious water does not circulate thanks to mechanical tools, but only thanks to the application of the principle of communicating vessels  that at the time of the garden project was a real revolution.

Starting from the Fountain of Venus by Raffaele Sangallo you can pass by the romantic Hundred fountains avenue (where there are about 300 in spite of the name) that starts from the “Rometta” (miniature reproduction of Rome) and comes out in the intimate Fontana dell’Ovato.

After you have to walk towards the Neptune Fountain, the last arrival and also the most impressive one where there is the work of Bernini.

Another beauty is surely the hydraulic organ of the Organ’s Fountain. Every day from 10.30 it is activated every 2 hours so do not be surprised if you suddenly hear music in the garden.

The garden, surrounded by very high walls, is inserted in the old Tivoli and it is easy, walking along the side alleys, to peek into the inhabited houses … and maybe the rows of clothes hanging on the windows. In conclusion, somewhere else they would not be seen, but this is the normal life of these parts.

How to get to Villa d’Este, Tivoli *

I never like to start from technical information when I talk about a place. It seems to ruin all the magic of a speech, but you need this, so I’m here to help you with it.

Getting to Tivoli is not difficult even if it is a bit long. You can choose between bus and train.

The Rome / Tivoli bus … that the Romans know well … is the Rome / Tivoli that, from the Cotral terminus, you will find in front of the Ponte Mammolo metro station, crosses all the “wonderful” Tiburtina.

Let’s say that this is the best connection in theory to get to Villa d’Este: a single bus that takes you down a few meters from the door of the Villa. In practice, the traffic is always quite strong on Tiburtina, especially during peak hours, and the route can last even 1 hour and a half or 2.

Once in Tivoli you can get off at the first stop: the large square with the tree-lined garden on the left and the “Belvedere”. From there, Villa d’Este (Piazza Trento) can be reached in a few minutes.

The alternative to the bus is the train that usually departs from Tiburtina Station and arrives to (or passes by) the Tivoli station. With the train you save traffic, but the route is not much shorter.

The train is a regional train which makes quite a few stops and the Tivoli station is on the other side of the town, so you have to walk a little … but nothing tragic you will not be in a huge metropolis, the path is about 1 km and 200 meters.

On the other hand you cannot avoid a nice walk in the beautiful Tivoli between shops and ancient remains … in conclusion, it does not go anyway.

Tickets and admissions to Villa d’Este *

The Villa’s admission ticket costs € 8, but you can visit the Villa for free on the first Sunday of each month.

A beautiful summer opportunity is to visit the Villa during night hours.