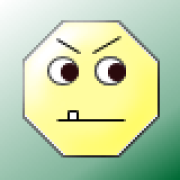 Every city has a soul that needs to be discovered. Budapest however has more than one. Born from the union of three towns, and now divided into two totally different districts, each with its own unique personality, the city of Budapest offers its visitors her twin souls on a silver platter, served with a long and complex list of attractions and “must see” sites.  What to see in Budapest in 3 days? Here a little guide.

In a not so distant past, Budapest was not ranked among the most acclaimed destinations, along with many other major Eastern European capitals, confined within the Eastern Bloc and oppressed by the Soviet communist regime. There was very little tourism from the “free world”, although the flow of Russians and other Eastern Europeans was consistent, mostly because it was convenient to buy otherwise hard to find goods.

Destroyed and rebuilt several times throughout the centuries, the city was under the grip of the communist regime from the end of World War II until the fall of the Iron Curtain in 1989.

Since then, Budapest has embarked on a rapid journey towards modernization that has transformed it into one of the most beloved, fascinating, and rich cities in Europe.

What to see in Budapest: among breathtaking views and buildings *

Tourists, and travel writers alike, often look for similarities among different places they have visited, as to obey one single, universally accepted beauty standard. As a result many cities have been compared to Venice, for example, or Paris.

Budapest has been often labeled as the “Paris of the East”. In truth, apart from the famous river that runs through it, (the Danube) and the Buda Hill, perhaps distantly comparable to Montmartre and its panoramas, I didn’t see much else justifying the similarity. I prefer to think that Budapest has a beauty of her own, not comparable to other cities.

The city of Budapest is visually, and not only, divided into two parts. Let’s explore the Districts of Buda and Pest, and the rich list of attractions not to be missed.

Buda represents the historical side of the city, the place where the first city settlement took root. It’s as visually monumental as it is charming, and it has the power to captivate its visitors in an instant.

History tells us that, prior to the arrival of the Turks, (who conquered it in 1541), the city was as magnificent as its neighboring Prague or Vienna. The Turks domination lasted 150 years and it’s visible in some of the architecture left standing.

Under the Turkish influence cathedrals were turned into mosques and minarets and Turkish baths proliferated everywhere, therefore changing dramatically the appearance of the whole city.

As I said earlier, the city has undergone several phases of destruction and rebuilding, but today Buda remains the heart of the city with core attractions like the Royal Palace and San Mattias Church.  The view from the hilltop looking down to the Danube and the District of Pest is simply spectacular and worth the climb.

After visiting Buda you are ready to explore the city’s twin soul of Pest, linked to Buda by several bridges. The most popular tourist crossing is the famous Chain Bridge, which also provides an excellent opportunity for scenic photos.

Pest symbolizes the modern side of the Hungarian capital.

It’s a shopaholic’s heaven with its endless chain and boutique shops lined along Andrassy Avenue (where I immediately sprinted to after refueling at the nearest ATM). When your heart is finally content with your shopping experience, (or your wallet runs on empty, whichever comes first), you can follow Andrassy Ave to the many city monuments waiting for you. The City Parliament and the Great Synagogue are by far the most charismatic attractions.

Walking through Pest has a totally different feel than in Buda. The outdoors tables of the coffee shops filled with people, the shiny shop signs twinkling at you, and the buzzing sound of visitors rolling up and down the streets can make your head spin.

It is truly remarkable to realize how much a city can change in just a few decades, thanks to a more open government and the overextending reach of consumerism and globalization.

In a nutshell, here are the major sites to visit if you are in town for just a few days:

Budapest Castle, (in Hungarian Buday Vàr), is where the city was born. This massive complex, which today shows a combination of gothic, renaissance, baroque, and modern styles, dominates the entire city from the top of the hill overlooking the river. It is mostly known as the Royal Palace or Royal Castle.

The castle, which housed the Hungarian kings, has had a troubled history of besieging, massive destruction and reconstruction, and an unfortunate sacking of most of its treasures during the Ottoman Empire, when most of its statues were seized and taken to Constantinople. Today the entire castle and Buda Hill have become a Unesco site. Within the castle walls and halls a series of medieval monuments of historical significance attract visitors from everywhere. Some of the most famous are the Mattias Fountain and Prince Eugene on his horse.

I recommend reaching the hilltop castle by cable car, as the view during the ride is truly unparalleled. Be patient as the queue can be slow, but well worth the wait.

– The Chain Bridge and the Danube River *

The Chain Bridge, (also known as the “Szechenyi Bridge”), is the most famous bridge joining Buda with Pest. Built in 1849, it was unfortunately destroyed during WWII, like many other city monuments, but it was brought back to its original grandeur by a careful reconstruction immediately after the end of the conflict.

The most magical place of any city built around a river, is of course its river bank.

Budapest, along with Vienna, Belgrade, Bratislava and a myriad of smaller cities spanning from the Black Forest in Germany to the Black Sea, has the privilege to share the same body of water, the beautiful Danube river,  which is the second largest in Europe. Wherever it passes through, the Danube seems to dispense an undeniably romantic appeal that has been inspirational to artists and lovers for centuries.

A stroll on the river bank, watching the boats go by, allows visitors to get closer to the heart and soul of Budapest. Taking a break with a glass of wine at one of the many pubs or restaurants on the river banks and toasting to the sunset is highly recommended.

One of the most visited landmarks is the Parliament of Budapest, known as the Hungarian Parliament Building. Its monumental proportions make it the largest building in the country and the tallest one within the city, along with St. Stephen Basilica. It houses the National Assembly of Hungary, therefore representing an important political symbol of Hungary.

The construction of this massive building overlooking the Danube followed the Austro-Hungarian agreement of 1867 which sanctioned the Hungarian semi-independence. It was inaugurated in 1896 and brought to completion in 1902.

The building contains two identical parliament halls: one is used for politics while the other one is available to visitors for guided tours. The inside of the building holds 691 rooms, 200 of which are used as offices by the government. The exterior architecture features a Gothic Revival style, while the dome is built in Renaissance Revival style.

Today it also guards the Holy Crown of Hungary which traditionally is attributed to King St. Stephen, the first King of Hungary, and has been used to crown his successors since the 13th century.

The iconic Heroes’ Square, (in Hungarian Hosok Tere), is located north of the historic center, at the end of Andrassy Avenue and at the entrance of Varosliget city park. The square is dedicated to the great figures of Hungarian history.

At its center, surrounded by majestic statues of historical figures, there is the Millennium Monument, created to celebrate the first millennium of the Hungarian nation. In this area you can also find the Mucsarnok Art Gallery and the Museum of Fine Arts.

Next to the monumental Heroes’ Square is the Varosliget City Park. The initial planning of this green space in the middle of the city took place back in 1751. It was completed during the first decade of the 19th century and it became the first official public park in the world.

As a tourist busy sightseeing, you often don’t save time for a stroll in the park. It’s in these open green spaces, full of local moms pushing strollers, students basking in the sun on the grass, seniors reading the daily newspapers sitting on a bench, that you capture the spirit of Budapest city life.

The Margaret Bridge is the second permanent bridge in Budapest after the Chain Bridge.

Its architectural style is neo-baroque. Marble and wood dominate the structure, but its overall appearance seems much more subtle and humble, making it less striking.

The bridge connects the mainland with Margaret Island, a green patch in the middle of the Danube.

The locals love to go there not only for its peace and tranquility, but also because its park abounds with spas, recreation areas and bars.

Margaret Island is only 2.5 kilometers long and 500 meters wide, it is a precious green lung and an excellent destination if you want to escape the chaos of Pest and the ever present mass tourism.

Some countries prefer to eradicate any relics of dark times in their history by dismantling monuments and sites that symbolize past oppression. Hungary chose to keep the memory alive for the world not to forget by creating an open air museum where all the statues and sculpted plaques of the communist era, (1949 to 1989), are displayed in a sort of museum of remembrance. Here you can see statues of Marx, Lenin, Engel and Hungarian communist leaders.

Memento Park, known also as Memorial Park, is a crude reminder of the powerful damage caused by any form of dictatorship and for this reason I feel that it’s worth your time and thoughts.

With 118 hot springs, Budapest earned the title of “City of Spas” in 1934 as it holds more hot springs and thermal baths than any other city in the world.

The thermal waters have known fame and glory since the 2nd century when public baths were already available to the citizens of the Roman settlement of Aquincum.

However, it was during the Turkish domination several centuries later that the use of hot springs became culturally predominant.

Today Budapest houses about 300 spas with water temperatures ranging from 20 to 76 °.

Among the most beautiful baths in Budapest, I suggest you try the Rudas Baths, at the end of Elisabeth’s bridge, the Gellert Baths, at the beginning of the Szabadság Bridge, and the historic Széchenyi Bath in Varosliget park.

If you have time to explore the nightlife, try a pub crawl through Budapest ruin bars. Szimpla Kert is the most popular one but the city center boasts additional options.